You might be thinking to yourself “Why, that’s a silly title. What reasonable person would become bankrupt by some baseball cards?”

That’s where you’re wrong.  I am not a reasonable person.

Back in Early December, when the Angels signed Japanese sensation Shohei Ohtani, I went through two phases:

Elation.  Oh my god.  The Angels did it.  They put their resources into a smart baseball move and pulled it off.  This is a very exciting day for the baseball team I love so dearly.

Damnation.  Oh my god.  The Angels did it.  They got the hottest 2018 baseball rookie and their price in the baseball card market are going to skyrocket.  I’m going to spend the entire year chasing his jerk’s autographs and be lucky to have a handful of Parker Bridwell autographs and a shitty grey jersey card. 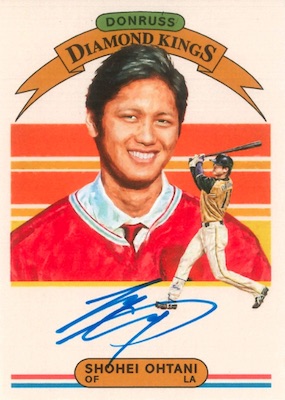 Don’t get me wrong.  I collect Angels baseball cards.  I’ll be happy with some Parker Bridwell autographs.  But the investment into those Bridwell cards is going to be insane because of Ohtani (and the Angels were always overpriced thanks to one Michael Trout, despite his cards being some of the rarest in the hobby).

I’ve already got my 2018 in baseball card collecting slightly panned out, but now I’m calling audibles… looking at boxes of garbage (also, that’s not fair.  Donruss is a really good product, it just doesn’t have much re-sell value thanks to Topps monopoly on the MLB license and logos) because I MIGHT get some Ohtani cards.

It doesn’t help that he is also going to be signing some product in both English and Japanese.  I obviously need to get one of each.  I NEED it.  Both displayed proudly next to each other.  This is my life now. 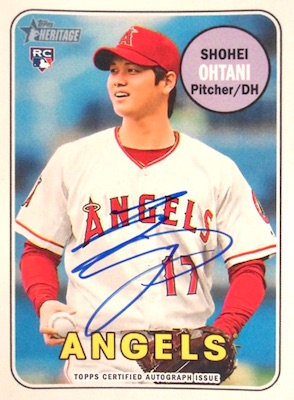 NOTE: This is a post from my Angels specific Blog over at AngelsNation.Blogspot.com.  I’m considering moving everything over here full time, or at least playing with the idea of double posting.  In the meantime, here this is in both places!