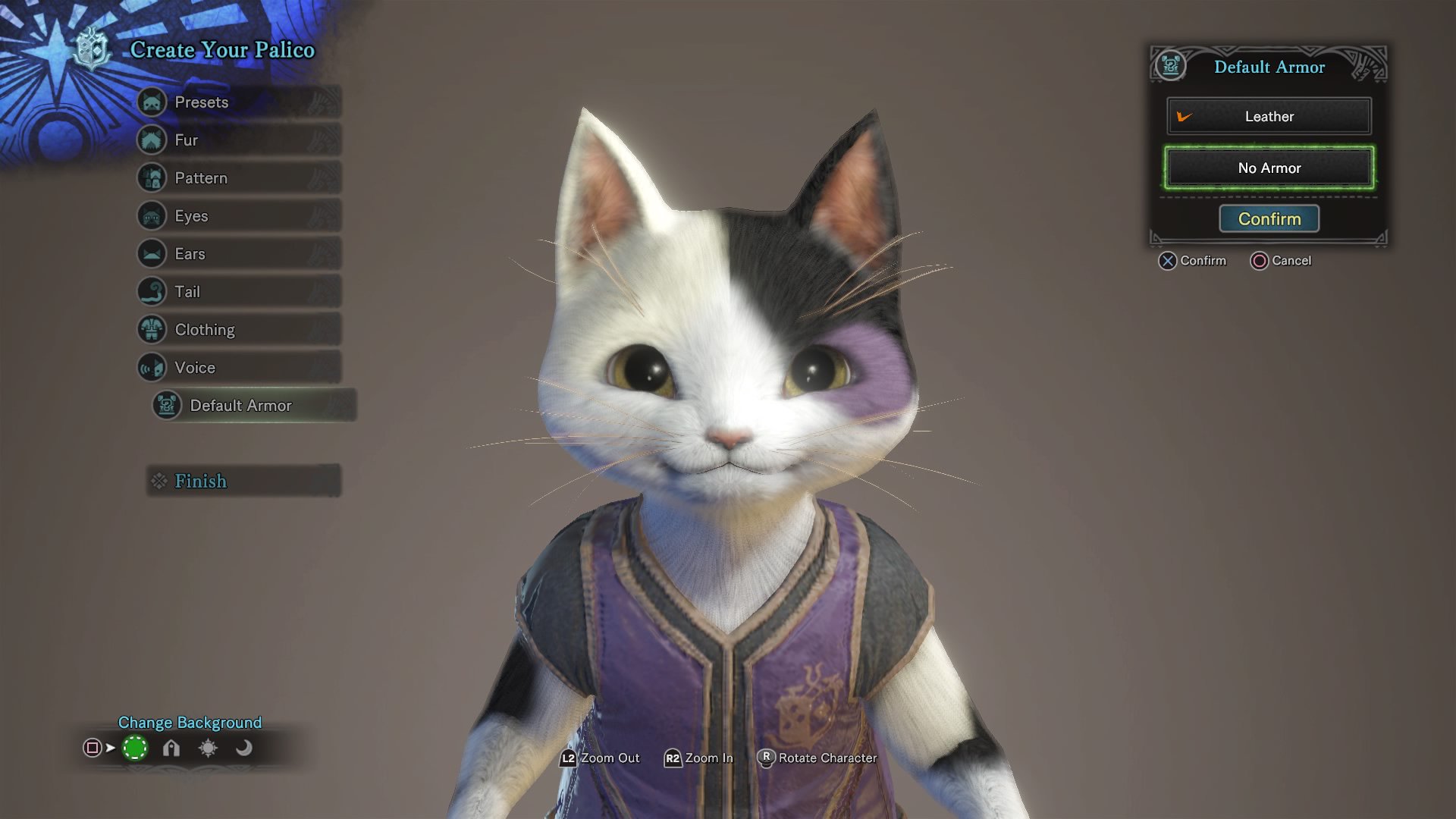 First off, My Palico is cuter than yours.

Okay, that’s not true.  All Palicos are adorable in their own way… but look at that little tuft of purple fur around his eye!  What a stinkin’ charmer!

I’ve spent about 4 hours with Monster Hunter: World (playing on a launch model PS4), the first hour was spent creating my character and my Palico.  Honestly, that’s been my favorite part of the game so far.  There are certainly other things to like strewn about the world, especially once it opens up and you can start exploring freely and doing side-quests (something that I’ve only just now unlocked and started to tinker with), but the combat isn’t gelling with me yet (that might be my fault, I picked Bow and Arrow) and the game throws about a million new systems at you all at once.

I’ve spent some time today watching tutorial videos on some of the systems that the game decides to just fluff past with a quick two-screen info dump of a “tutorial”, but I still feel a little lost when it comes to upgrades, money, leveling up and crafting.  I haven’t even touched the online component, but that all seems needlessly complicated as well.

I also understand that these games have a very passionate fanbase that wants exactly what this game is offering, and considering this is supposed to be the “approachable” one for new-comers, I guess I’m just glad this is the first one I’ve tried.

If nothing else, my driving force of getting my Palico the cutest possible outfit should propel me to getting at least 20 hours out of this game.

Last night I got him a mustache: 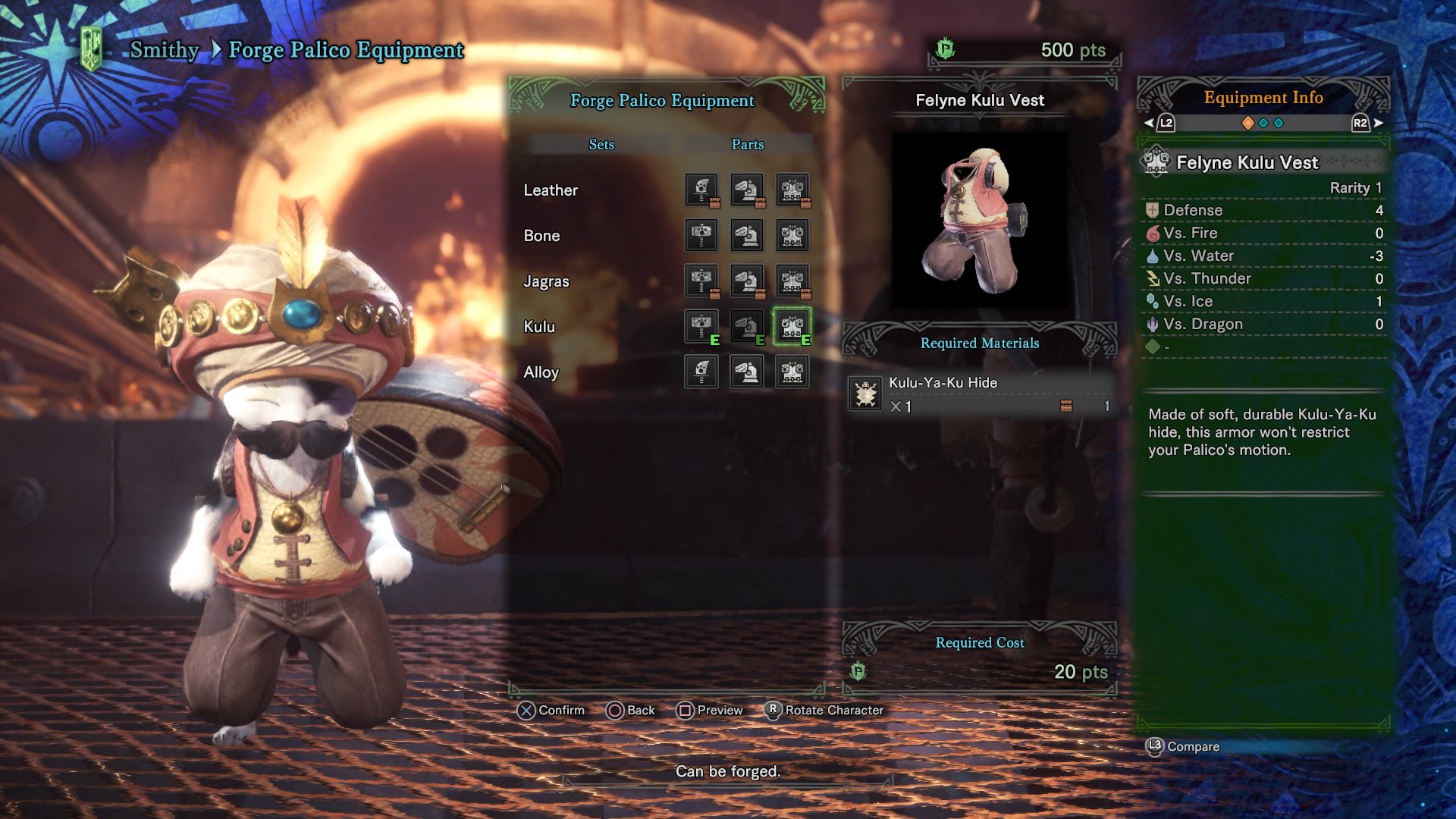